Not Every Champion Needs a Podium 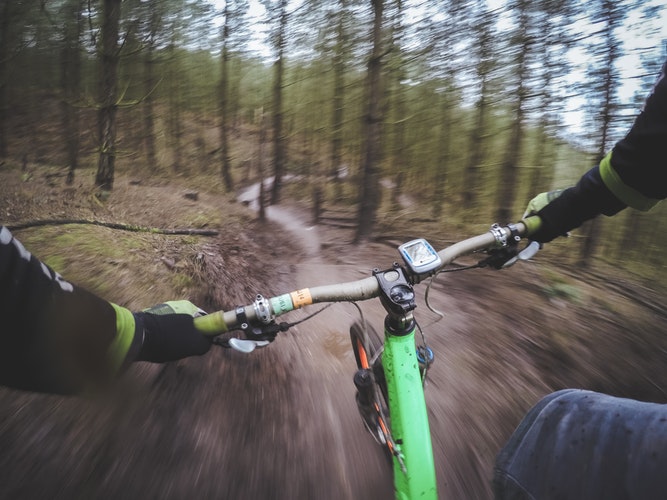 Not Every Champion Needs a Podium

Yesterday I sat in a room full of champions, and I admit I was a little overwhelmed.

These weren’t the type of champions who get trophies and stand on podiums, although a few had done that many times.

These were the type of “community” champions who see a need that isn’t being addressed and do something about it.

The occasion was a statewide Mountain Bike Summit, held near one of this state’s developing “destination” trail systems. Every one of the 100 or so attendees was passionate, and more than a little effective, in doing what they do.

Whether building new trails in their area, or designing new, cutting edge types of trails and features, or getting kids involved in the sport, these folks were making a difference! Some of them had been at the front of the mountain bike movement since it started in the 1980’s. Others were still trying to figure out the lingo.

But it made sense that they were all there, together. They had all started out with an idea, often had no concept of how to make it happen, but worked hard and made it a reality. They were at the summit to learn from each other and figure out how to take the sport even further.

These folks were all community champions. Let’s take a look at what that means – just in case you have a cause you want to champion yourself!

THE IMPORTANCE OF CHAMPIONS

Most community issues can benefit from a champion. A champion is someone who helps to make sure action keeps going, that progress is being made all the way until the “end”.

Community champions have a few common traits, across all sorts of issues and in different geographic locations, at least in my experience. That said, they all have unique styles, which is a part of figuring out how to accomplish the big goal.

While the traits of passion and perseverance are common and necessary, the personal style of the champion usually seems to match whatever is needed to persuade the right decisionmakers, raise the right money, or work with the right clients. If not, they at least help bring people to the cause who can do all that.

Champions don’t have to be elected officials, top corporate leaders, or even church pastors – although they can certainly be those things. Champions often come from unexpected places. The guy sitting in the coffee shop. The young girl in class. You!

If you are thinking of taking up a cause, it can be helpful to think about how your own personal and interpersonal style, as well as your ability with the characteristics listed below, fit the needs of your cause.

Don’t worry if you don’t have everything in order. That’s impossible, especially when you start. But you can bring in other people who can fill the gaps – to complement your strengths, if you will. Find those people!

Here’s a few key traits that go into making a champion successful.

What can having a champion take up a cause accomplish? Everything! We can all think of the big name champions who changed the world – Martin Luther King, Ghandi, Helen Keller. Those folks saw a need, realized that they could contribute, and made the cause their mission.

But there are so many more champions right in our states and our communities around us.

One summit attendee had a vision of mountain biking becoming a school sport. Not only did he and his partners find a way to get sanctioned, but in just five years there are now 70 teams across 100 schools with 2200 student athletes, both boys and girls, supported by a thousand coaches. Talk about sticking with a passion that catches fire!

What are you going to do to be a champion today? What is your favorite inspirational “champion” story? Tell us in the comments below.